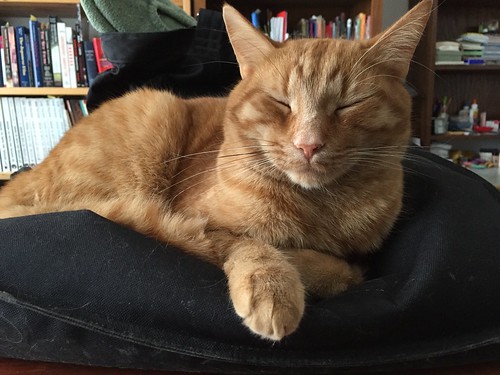 Yoshihiro TATSUMI [?? ????] was born in 1935 in Tenn?ji-ku, Osaka. Inspired by the work of Osamu TEZUKA and Noboru ÔSHIRO, he starts drawing manga in junior high school and has his first works (simple 4-panel and postcard manga) published in 1949. His first full-length story, Kodomojima (Children’s Island), is published by Tsurushobô in 1954. He becomes part of a group of artists based in the Kansai region publishing mostly for the Kashi-hon ya market (libraries specialized in renting hardcover books—many publishers, like Hinomaru bunko, produced their books and anthologies exclusively for that market). He then starts to be regularly published in manga compilation (contributing to anthologies like Kage [Shadow] or Machi [City]) and constantly experiments with his storytelling. His stylistic research culminate with the publication of Kuroi Fubuki (Black Snowstorm) in 1956.

Tatsumi (and the group of artists he associated with: Takao SAITÔ, Masaaki SATÔ, Masahiko MATSUMOTO among others) was writing action-oriented stories that were darker than the typical manga, and therefore, aimed at an older, more mature readership. His stories were about people’s everyday life and were using realistic themes that were more in sync with the socio-political problems of the time. In order to express such a complex storytelling he was using artistic techniques inspired by cinema (he was a big movie fan). That allowed for more expressive stories, as the narrative was better paced and the action flowing more naturally through the panels. In order to distinguish his style from the more comical and childish manga that was usual at the time, Tatsumi gave it the name “gekiga” (drama pictures). His group of artist was known as the “gekiga workshop.”

Yoshihiro TATSUMI is not my favourite mangaka (and so far i’ve read only A Drifting Life) but I have great respect for his role in the history of manga and for his work. His style was rather crude and cartoony (like most artists of his time) but he created great stories. 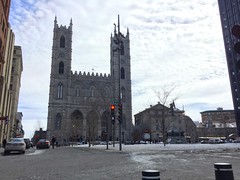 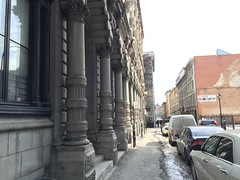 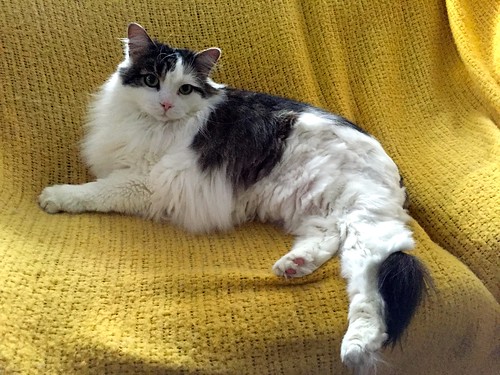 “The exhibition spans over 5, document.write(“”); 000 years of Greek history and culture and takes visitors on an exceptional and fascinating journey back to the origins of the cradle of Western civilization, its heritage and the traces it has left in the hearts and minds of the Greek people.”

This exceptional exposition is presented at Pointe-à-Callière: Montréal Museum of Archaeology and History in Old Montréal, from December 12, 2014 to April 26, 2015. Only one month left to visit it, so hurry up and go have a look!

The exhibition is produced by the Hellenic Ministry of Culture and Sports (Athens, Greece), Pointe-à-Callière, Montréal Archaeology and History Complex (Montréal, Canada), the Canadian Museum of History (Gatineau, Canada), The Field Museum (Chicago, USA), and the National Geographic Museum (Washington, DC, USA). ©Pointe-à-Callière, Montréal Museum of Archaeology and History. All rights reserved. You will find more information on the museum web page and Youtube channel.

This is a fifteen seconds promo for the exposition, but the museum Youtube channel also offers a longer promo (1:00) and a short video (1:06) showing how the exposition was put together. A longer video (in french only, 3:10) shows more of the making of the exposition and explains why it is so exceptional.

I took advantage of a longer week-end this afternoon to visit this exposition. Being so busy lately, I was afraid that I would miss it since there’s only a month left to visit it. I urge you to hurry and go a look on this exceptional exposition. It really synthesizes is a small exhibit (a little more than five-hundreds artifacts from twenty-one Greek museums) the entire history of ancient Greece which had such a profound impact on all our western civilisations. Suddenly my memory was flooded by a wave of images, facts and souvenirs from my university time when I was studying ancient history. That was great!

Actually, the title of the exhibition is a little misleading since it really starts with the Neolithic period and the Cycladic culture (6,500 to 1,450 BCE), showing us a few of those famous cycladic figurines like the “violin-shaped” female figurines and those long female figurine with faces that look a little like the Easter Island’s moai.

[Opposite: Female figurine; Discovered in Amorgos, the easternmost island of the Cyclades, the marble figurine seems to have on the back a cap or a particular hairstyle. Amorgos, 2800-2300 BCE, © National Archaeological Museum, Athens]

However, the exhibition quickly brings us into the Bronze age (16th to 12th Centuries BCE), with the Minoan civilisation in Crete and the Mycenaean civilization on the mainland, and then into the Iron Age (11th to 8th Centuries BCE), renown for its Geometric pottery and Homeric heroes.

The exhibit pauses to talk about Homer‘s epics, the Iliad and the Odyssey, which recorded the oral histories of the greek gods and heroes but also tells us a lot about the History of that era.

I was quite impressed by being able to see with my own eyes linear A & linear B tablets, Mycenaean dagues & swords and lots of fabulous gold objects. Although the iconic Agamemnon mask displayed at the exhibit was a reproduction — probably because the original is too precious to travel abroad.

[Above: A Lekythos (funerary vase) in clay depicting Achilles avenging Patroclus. Hector, leader of the Trojan army, killed Patroclus, thinking he was Achilles. Blind with rage at the death of his friend, Achilles killed Hector, tied his body to a chariot, and dragged it around Patroclus’ tomb. Delos, late 6th century BCE, © Archaeological Museum of Delos]

The exhibition then moves to the second floor with another succession of rooms introducing us to the Archaic period (7th to 6th Centuries BCE). After a time of decline, the greek civilisation reorganize and consolidate itself around several city-states and a strong aristocracy, bringing an era of prosperity and expansion.

In that part of the exhibit we can see several kouroi and korai (votive statues of young men [kouros] and women [kore] in rather stiff posture; geochemical analysis tells us they were richly coloured), artifacts found in the tombs of several aristocrat women or priestesses (particularly the tomb of the Lady of Archontiko, probably the wife of a Bottiaean ruler), and some interesting warriors’ helmets.

[Opposite: a Koré. This Greek kore of Parian marble from the late 6th century BCE decorated a temple in the Acropolis in Athens. In the 7th and 6th centuries BCE, statues of young women (kore, plural korai) — larger than life-size at the beginning and life-size later on — were placed in Greek sanctuaries as offerings to the gods or served as grave markers. Athenian Acropolis, 520–510 BCE, © Acropolis Museum, Athens]

However, most of the second floor exhibit is dedicated to the Classical period (5th to 4th Centuries BCE). This is the summum of the ancient greek civilisation.

In this case, the exhibit is divided in several themes: the Olympics, the battle of Thermopylae (made notorious by the movie 300), the Athenian democracy, the rich literary culture (theatre, philosophy, rhetoric), etc. Here the artifacts displayed are less spectacular (mostly potteries and stone sculptures — I was disappointed to see very little coins) and the exhibit rests more on several explanatory panels and animated videos.

[Above: Votive relief offered to Asklepios. This bas-relief of pentelic marbre shows Asklepios, accompanied by his children, receiving the tributes of mortals whom he has cured. This type of object was placed in sanctuaries dedicated to the god of medicine. Loukou, 375–350 BCE, © National Archaeological Museum, Athens]

The exhibit concludes with the Pre-Hellenistic period (4th Century BCE) which was dominated by the kings of ancient Macedon: Philip II and Alexander the Great.

Here we learn about the macedonian rituals and belief (death rituals, Eleusinian mysteries). Artifacts come from the tombs of a priest in Stavroupolis, a priestess in Derveni and, of course, the tomb of Philip II (including Queen Meda magnificent gold wreath). There’s also several representation of Alexander.

The spreading of the classical greek culture made possible by Alexander’s conquest will bring a new era, the Hellenistic period, characterized by a rich culture, that will last until the Roman empire.

[Above: Marble sculpture of Alexander the Great. Upon becoming master of a large part of the ancient world, the young Alexander introduced Greek culture to Asia and imposed the use of Greek on many peoples. He also founded no fewer than 70 towns in the East modelled on Greek city-states. Ella, late 4th century BCE, © Archaeological Museum of Pella]

This exhibition is definitely a must. The only negative points that I unfortunately must bring out is the fact that it is quite expensive ($20 ! In today’s context it is clear that one must pay a lot for access to culture; although you get a 20% rebate if you have the Acces-Montreal card [FB]) and that photography is strictly forbidden at all times in every exhibition rooms. Museum usually forbid only flash photography (since light can often damage the art, but that’s good for paintings; I can hardly see what damage light could do to stone artifacts!) and when they forbid all photography it is usually to make more money by selling reproductions (which is not the case here). That was probably a requirement from the lending museums. Fortunately, for once, the museum shop is offering a souvenir book that is relatively complete (132 pages, although it is NOT an exhaustive catalog of the exhibition) and at a quite reasonable price ($9.95). It is really worth purchasing (but it is for now available only in the museum shop).

Update: Now you can also get a $5 discount with the OPUS card (the smart card to pay your Montreal transit system’s fares). 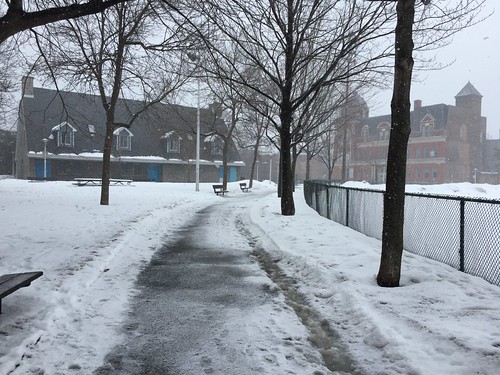 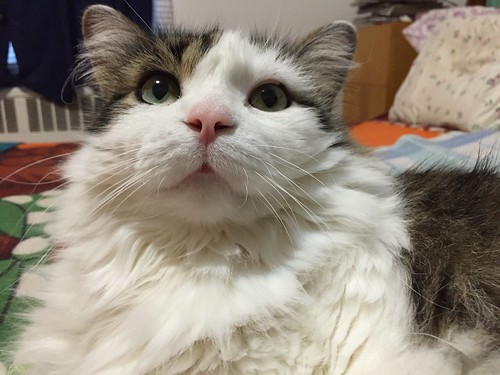 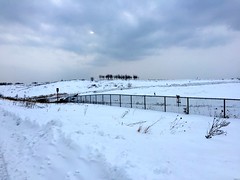 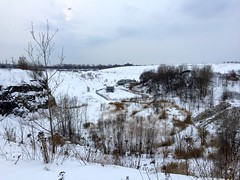