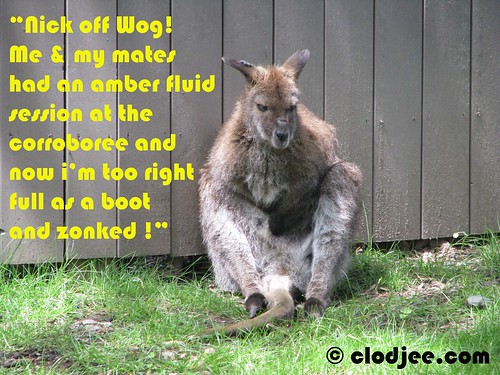 (Text from the Wikipedia entry)

Early monday morning on June 15th, TCM aired a double-bill of Japanese movies as part of their foreign movie programme, TCM Imports (the previous week they had shown Rashomon and two weeks later, on sunday June 28th, they will show two Gozilla movies: Godzilla vs. Monster Zero (1970) and Godzilla, King of the Monsters! (1956)). I have already commented on the first movie, Zero Focus. The second movie, The castle of sand, is also a movie directed by Yoshitaro Nomura and based on a mystery novel by Seicho Matsumoto.

The Castle of Sand is a detailed police procedural movie where we follow the meticulous investigation of two detectives: Imanishi Eitaro, a 45-year-old veteran police officer and part-time poet, and Yoshimura Hiroshi, a younger and enthusiastic policeman from Shinagawa station. An old man has been found bludgeoned to death in the Kamata train yard in Tokyo and the only clues is that a waitress from a nearby bar said the victim spoke with a Tohoku accent, she saw him with a younger man and overheard them talk about “Kameda”. Is that a person’s name or place? Maybe it refers to Kameda Station in Akita Prefecture? They travel by train to this place but cannot find any more leads and their investigation stalls.

They get their first break when the adoptive son of the victim files a missing-person report and identifies him has Miki Kenichi, a retired grocer from Okayama Prefecture. But then how could he talk in Tohoku dialect? However, Imanishi discovers that the Izumo dialect is somehow similar to Tohoku’s and that there’s a place called Kamedake in that area too, so he goes to Shimane Prefecture to investigate. He learns that, before becoming a grocer, Kenichi worked a longtime as a policeman in Kamedake. Imanishi meets with Kirihara Kojuro, a local abacus maker who was a friend of Kenichi and he can start to investigate Kenichi’s life in search for a motive for his murder. Kenichi was a very good man and the only incident that stand out in his career in Kamedake is when he helps a beggar, Chiyokichi Motoura, suffering from Hansen’s disease (leprosy) who’s traveling all over Japan with his son Hideo. Chiyokichi is put in a sanatorium and Kenichi, who doesn’t have any children, would like to adopt Hideo, but the young boy is full of resentment and disappears.

The last time Miki Kenichi was seen by his family, he was leaving for a lengthy pilgrimage that culminated in Ise. He was supposed the come right back to Okayama, so why did he stop in Tokyo? He must have seen something or someone that made him change his plans. So, once again, Imanishi takes the train to investigate around the Ise shrine. In the meantime, young policeman Yoshimura Hiroshi is looking for the murderer’s shirt which was likely covered by blood in the attack and, since he wasn’t noticed by anyone in the aftermath, he must have somehow got rid of it. Someone had noticed a woman in a train throwing shredded paper or clothing through the window. Could have it been the shirt? Yoshimura locates her but when he tries to interrogate her, she escapes. In several occasions, the detectives cross path with a young up-and-coming composer-conductor named Waga EiRyo, who, they later learned, is the lover of Rieko (played by Yoko Shimada, of Shogun‘s fame), the woman from the train. The investigation then shift toward him and brings our detectives to Osaka. Who is he and what’s his connection with Miki Kenichi?

The Castle of Sand is a very good movie offering a captivating detective story. It is well written and masterfully intertwines at least three storylines (the investigation, Chiyokichi and Hideo’s story, Rieko and Wada’s story) that will somehow converge in the end. The movie is also beautifully shot. It is in many ways similar to Zero Focus, the other movie by director Yoshitaro Nomura (often called “Japan’s Hitchcock”) that we have recently seen. Again, Nomura makes us travel by train to a rural Japan that doesn’t exist anymore, but this time we see it in colour. He also offers us a much more impressive cast with the like of Tetsuro Tamba (Harakiri, Kwaidan, You Only Live Twice, Riki-Oh, The Twilight Samurai) or Ken Ogata (Vengeance Is Mine, The Ballad of Narayama, The Pillow Book, The Hidden Blade, Love and Honor), with cameo appearances of Kiyoshi Atsumi (of Tora-san‘s fame) and possibly Nobuko Miyamoto (wife and preferred actress of director Juzo Itami—but she’s not credited here…).

This is probably the best and most successful of Nomura’s movies. It not only offers an interesting police story full of drama and compassion, but also preserve on film the fascinating geographical and social landscapes of the ’60s and ’70s Japan, somewhat reminding us that nonconformity (expressed here by the father’s disease) always brought rejection and ostracism from Japanese society. My only complain is that the movie is way too long. Particularly the end, where Imanishi explains to his colleagues how the last pieces of the puzzle come together while, as we see a long flashback of the hardship of his childhood, Waga plays his latest composition, titled “Destiny”, to a packed concert hall. We have to endure the whole concerto for nearly fourty minutes! However, it is still a movie that I highly recommend.

You can find several trailers of the movie on Vimeo and on Youtube (in Japanese only): 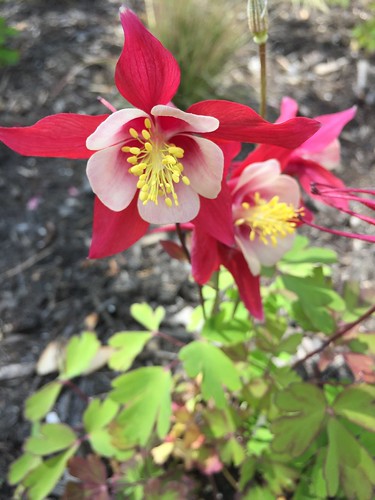 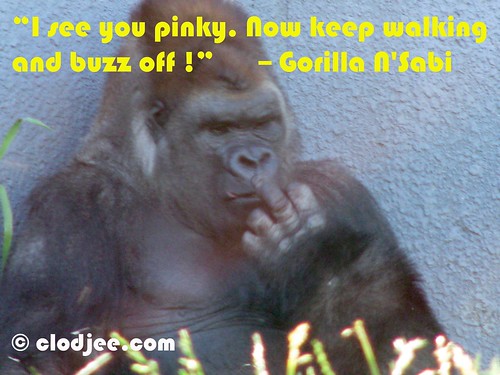 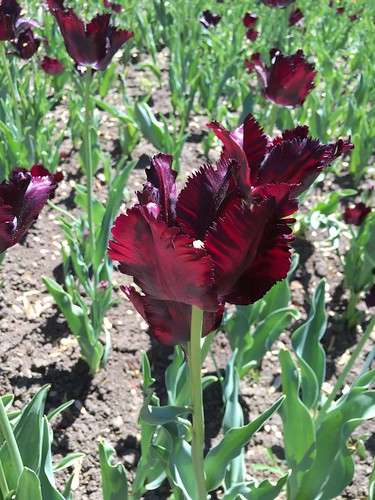 I recorded this b&w Japanese film noir on my PVR late sunday night from TCM and have watched it yesterday. I really liked it: it’s an interesting and beautiful mystery crime movie. I was hesitant at first to watch it because the label “film noir” made me expect a sort of violent and sordid movie, but after all it was nothing like that. It was the typical calm and beautifully shot Japanese movie that I like to watch.

The story follows a recently wed woman who’s looking into the disappearance of her husband who went on a business trip and never came back. She slowly investigates his past to discover that he was not the man she thought he was. She realized that, after all, she knew little of him. He was living a double life and this complicated situation was forcing him into hard choices. She travels from one region of Japan to another, making us discover a Japanese countryside that doesn’t exist anymore.

In a very similar way to Rashomon, we see the protagonists various point of view as well as the woman’s theories on the fate of her husband. Is he alive or dead? Was it suicide or murder? Who did it and why? The reconstruction of the events keeps changing, sometime unexpectedly. The storytelling is quite skillfully woven.

The director, Yoshitaro Nomura, was born into the movie industry as his father directed many silence movies. He started as an assistant to Akira Kurosawa and had a prolific career at Shochiku, shooting eighty-nine films in all genres but having a definite preference for crime drama. He also often adapted to the screen novels by mystery writer Yoshitaro Nomura. It is a shame that he is not well known by western movie fans. There is a 2009 remake of this movie directed by Isshin Inudo.

You can find a trailer of the movie on Youtube (in Japanese only, but a subtitled trailer is also available on Video detective): 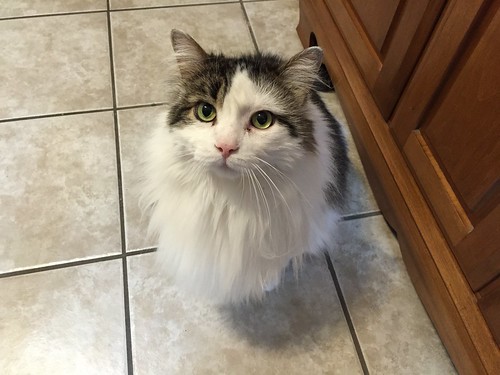 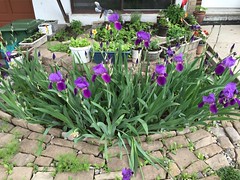 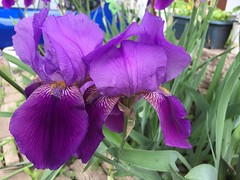 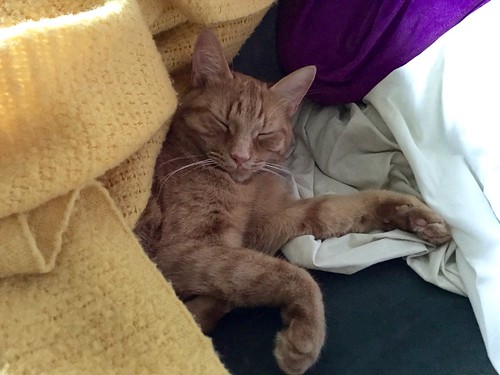