WARNING: May contains trace of spoilers! People allergic to the discussion of any plot’s elements before seeing a movie are strongly advised to take the necessary precautions for their safety and should avoid reading further.

This movie shows us the boring life of a retired elderly couple. With her husband’s retirement money, Kyoko can finally open her own very small movie theatre. And Takashi can start to paint again, but he feels unhappy and thinks he has no talent. Life seems not worth living and he feels like just killing time before death. He meets a fortune teller who somehow predicts him better days and encourages him to be more optimistic.

He finds a new fascination for the Sakurajima island and its active volcano, so he starts making many trips there to paint the volcano. He submit his painting for a local exposition but it is not selected. However, he has found a new joy and feels life is worth living again.

The movie was shot in cinéma-vérité style with very little dialogue and some weird angle shots. The pace is so slow that the story doesn’t seem to progress at all sometimes. The movie seems excruciatingly long despite that it’s only eighty-eight minutes long! The photography is good and gives us the opportunity to see the beautiful countryside of Sakurajima as well as the rather ordinary cityscape of Kagoshima. It represents the image of the real, everyday Japan which is somewhat rather refreshing.

Despite its shortcomings, the movie offer an interesting subject. More and more Japanese are living longer to enjoy their retirement, even on a merger revenue (this couple didn’t seem rich at all since they live very simply, in a very small house and his clothing have many patches). They must find hobbies to make their retiring enjoyable.

Film screened at the Montreal World Film Festival on August 30th, 2015 (Cinema Quartier Latin 16, 16h00 – the theatre was half full) as part of the “Focus on World Cinema” segment. 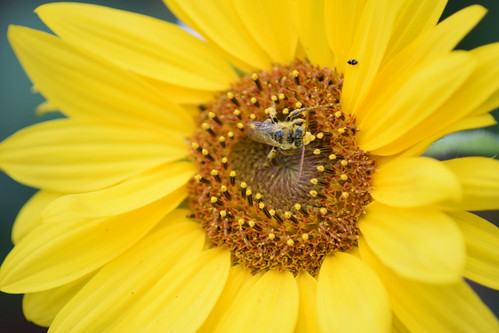 
WARNING: May contains trace of spoilers! People allergic to the discussion of any plot’s elements before seeing a movie are strongly advised to take the necessary precautions for their safety and should avoid reading further.

Misao is teaching Japanese in Hanoi, Vietnam. When she returns to Tokyo for her father’s funeral, she realizes that her mother Alzheimer’s disease has gotten worse. She’ bored at a stranger’s funeral: her husband’s! Her step-mother cannot take care of her anymore so Misao decides to bring her back to Vietnam with her, despite the opposition of her family. “It will make her worse” or “it will kill her,” they say.

At first, it works out pretty well and, despite the language barrier, her mother is getting along with Misao’s friends, students and the people of the neighbourhood (mostly owners of the local cafe’s, the Sakura Hotel, Japanese bar, the programming director of the VoV radio station, as well as the staff of the Youth Theatre, and a Japanese expat who drives a bicycle taxi). Together, they all live several adventures like helping a young Japanese woman to find her grand-father’s Vietnamese family that he left behind after WWII or organizing a musical show starring a very old (and also Alzheimer’s sufferer) theatrical actress.

Misao is even reacquainted with an old friend from her college days — when they were protesting during the university uprisings of the ’60s. He takes a job as another bicycle taxi driver but has an accident while carrying Misao’s mother who gets seriously hurt. Feeling guilty, he helps taking care of the old women after her hospitalization, but he has to leave because of his job as a TV producer. However, Misao cannot take care of her mother alone. It is a vey demanding task and she gets sick herself because of it. This is quite a somber moment in the movie and we really feel the pain for her (it has particularly hit home for me because, at the time of the screening, I had recently experience a similar situation in my family).

In the end, the mother gets better (from her hip replacement NOT from the Alzheimer’s because you never get better from that, you can only slow it down a little). Misao’s students stage a musical around a Japanese folk song that can provide a sort of allegory for Misao’s situation. Apart from Misao’s mother post-accident despair, it a fell-good and up beat movie. We have to take one day at a time and enjoy life while we can — and not give up on our loved ones.

The movie not only want to create awareness on the fact that the increasingly aging population of Japan means that the society will have to deal more and more with the problem of elderly’s dementia, but also it wants to remind the Japanese of the close ties (and maybe responsibilities) that still bind them with Vietnam, which was one of their pre-WWII “colonies.”

One negative point: I was told by someone who speaks vietnamese that the language spoken by the Japanese actors (which they most certainly learned phonetically) was so terrible that it was impossible to understand.

It is a well-paced drama that offers lots of light-hearted moments and allows the viewers to enjoy not only the beautiful cityscape of Hanoi, but also the surrounding countryside.

I really enjoyed this beautifully made movie which provided an excellent entertainment while making us think about very serious subjects like alzheimer and wars in Vietnam.

Film screened at the Montreal World Film Festival on August 29th, 2015 (Cinema Quartier Latin 12, 21h30 – the theatre was half full) as part of the “Focus on World Cinema” segment.