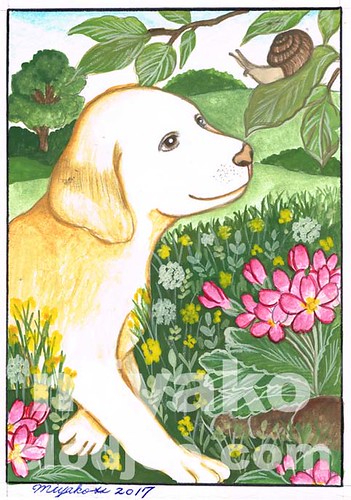 My new beginning on WordPress is now completed. From now on this will be my only blog (but the Blogger version will continue to exist without any future update).

I have imported here all the posts of the previous blog. Now I only have to tweak each post (adjust the formatting,  correct the categories & tags) and add the proper image links (which were previously screwed by Dropbox)… for all the 1300+ posts! Continue to bear with me because this will take a while…

I just hope that all my followers will continue to read me here. I promise that once the reformatting issue is solved I’ll write more and produce an improved and better blog!

I am in the process of switching my blog from Blogger to WordPress. This will happen in three phases:

Learning :  during that phase not much will happen here and I will continue to blog mostly on blogger (http://clodjee.blogspot.ca). I’ll post here only to experiment with WordPress settings and features in order to learn how it works.

Transfer : while I slowly transfer the whole blog to this new site I will probably continue to blog on both sites.

Finalized : when the transfer phase is completed I will blog only on this new site.

I have no idea how long each phase will take. Please bear with me for the duration of this process.

Strangely, document.write(“”); after getting temperatures up to 10? in February, we had nearly -20? in March! And, as it warmed up a little and all the snow we had received during the winter had almost melted, we got hit by the biggest snowstorm of the year! This mid-march wallop left us with almost two feet (sixty centimeters) of snow in one night and one day! It felt like January again! Today, Spring has officially arrived and it is above zero again, but I have the feeling that this roller-coaster is not over. There’s really no seasons anymore…

It was the sixth anniversary of the Great Tohoku Earthquake and Tsunami disaster (as well as the Fukushima Daiichi nuclear disaster), but lately the news were dominated by the various scandals rocking the Trump Presidency, mostly the Russia Dossier and allegations of Russian interference during the electoral process. Despite Trump doing his best to distract our attention from it, it become increasingly clear that his campaign has had contacts and possibly collusion with Russian interests. We can only wonder how much his Presidency is politically and financially compromised by this. Lately, I’ve started watching MSNBC and it is fascinating. It gives me a brand new perspective. Now, considering that it took only ONE blow-job to put Clinton on the impeachment path and that Trump has been plagued already with numerous questionable business deals and sexual misconduct allegations, I am wondering how much more it will take to remove this evil clown from office !!!

Another notable event was the fact that my Jawbone fitness band broke and that I replaced it with a Fitbit. It’s my third Jawbone fitness band that breaks (first a UP24, then a UP2 and finally a UP3 and in all cases it was the rubber of the band that broke apart) so, that’s it, I’ve decided to never use that company again (too bad, I really liked their app). Considering the reviews and quality/price ratio, I chose to replace it with a Fitbit Flex 2 band. Since I already have an Apple Watch, I decided to go with a simpler model and I was impressed with Fitbit’s clever concept of the device itself being separated from the band so you can switch band at will for fashion reasons or if it breaks. I am a little disappointed with the app but I am sure I’ll get used to it. So far, it is working quite well.

I also discovered that I had been screwed by Dropbox — which I used to host all the images for this blog. They changed their policy and now all the image links are irreparably broken. I’ve already taken temporarily measures to keep the most recent or important entries of the blog illustrated, but I am considering to eventually switch to a WordPress blog (with the same web hosting service that was used for the magazine). The transition will probably be slow and incremental since it is a lot of work.

However, the last couple of weeks were mostly dedicated to preparing for my mother’s funerals. I took a week off from work not only to help my sister preparing the funeral (book the hall, choose and order the buffet, shop all the stuff that was needed, contact people, make appointments, fill paperwork, plan the ceremony, etc.) but mainly to prepare the music medley and produce a commemorative video that would pay hommage to my mother’s memory (it is now available in two slightly different versions, on both this blog and my Vimeo page). Strangely, the funerals for the father of one of my dear friends were on the same day…

I was hoping to take advantage of this little time off also to catch up on my reading and writing, maybe go see a movie and visit a museum, but it was so busy that I couldn’t do anything. I even got behind in my TV shows watching.

Unfortunately, I also barely managed to stay acquainted with the affairs of the world and gathered only a few notable news & links — which I share with you nevertheless (in both french or english, and in no particular order), after the jump.

END_OF_DOCUMENT_TOKEN_TO_BE_REPLACED 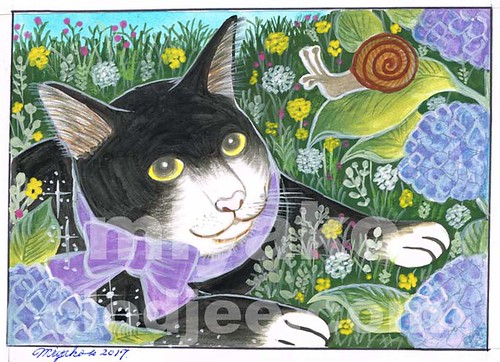 You are wondering why there are no longer pictures in this blog?

Simple: most pictures were hosted on Dropbox and “As of March 15, 2017 the Public folder in your Dropbox account has been converted into a standard folder. By default this folder is private to your account. (…) If you’re a Basic user, and you created a website that directly displays HTML content from your Dropbox account, it will no longer render in the browser.”

Of course, for a while, it would continue to work if your are Dropbox Pro or Plus users (at minimum $129 per year). It is tantamount to legal ransomware!

I thought that re-doing a share link individually for each picture (for all my 1345 posts !) could solve the problem but a quick test was a failure. I don’t have much time to dedicate to this right now (having spent the last week and half working hard to prepare for my mother’s funerals, which is later today). I’ll try to contact Dropbox later, but for now it will remain that way.

I’ll try to figure out an alternative solution as soon as possible. Anyway, I was thinking of switching to a WordPress blog with a web hosting professional company that will also locally host the files. That would solve the problem but will also take time to implement. We’ll see.

I apologize profoundly for the actual state of my blog. But keep reading, it’s the words that count.

Update: another quick test (at the suggestion of this guy) made me realize that I can host images with Blogger itself, although I don’t know the limitation in space or bandwidth. I’ll probably just do that for the most important or recent posts while I prepare for a more permanent solution.

Update 2: Of course, I can also use Flickr to temporarily host the images. At least, there, the limit is known (1 Tb of which I am currently using only 0.4%). I might use a little of both methods, but no matter what it will be time-consuming and a hassle. Argh! I hate Dropbox for dropping this on me at a time like this!