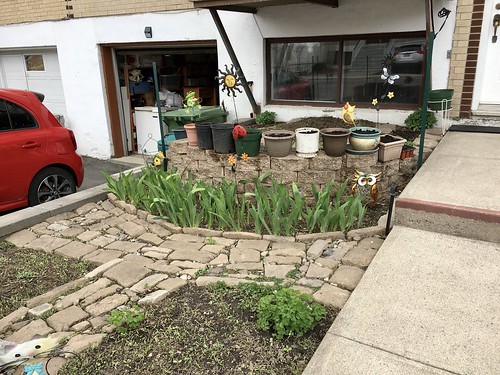 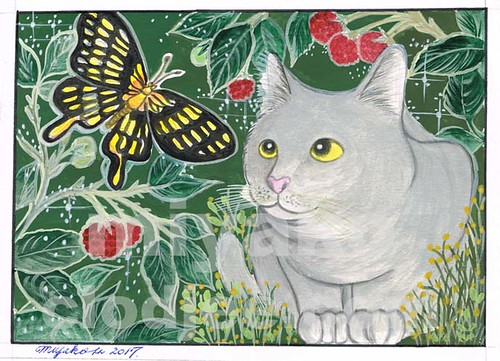 I feel I was born in a parallel universe with a completely different logic system and then absconded here for some mysterious reasons. This place doesn’t make sense at all to me as nobody seems to follow what I consider to be basic common sense. Here are two examples that I witness daily.

In this part of town, people are waiting for the bus in line from the back to the front or the concept of lining-up seems foreign to them. I know many of them are deeply religious (as they read the Bible or pray on the bus, probably going to church every Sunday) and “Jesus” told them “the last shall be first” but he meant it for the kingdom of Heaven, not here! I can’t stand such hypocrisy: they are supposed to be charitable and humble and they are the first to cut the line, steal your place or hate you for daring to stand your ground (sometimes even accusing you of being racist if you complain)! As an agnostic I feel I have more moral values than most of them.

I also don’t understand how an employer can be so callous and disrespectful toward its employees (the people who are actually making things work): I should not have to fight for compassionate leave (it has nothing to do with the collective bargaining agreement: it’s in the damn labor code!) or to work in difficult and unpleasant conditions as the work place was without any ventilation or air conditioning for several days and the room temperature was neighbouring 24 to 27.5 ? (if we were simply sitting at a desk it would probably be bearable but our work requires to be constantly standing or moving — actually, if the ideal comfort zone is defined as 21-23°C, there is NO maximum Temperature Limit set by the labor code) ! And, to add insult to injury, this week they also used the employees’ room (where we rest and take our meals) to store the stinking floor polishing equipment! It is not enough for the employer to trim our pension (unilaterally changing a negotiated agreement), cut some of our leave, reduce the staff and increase the number of tasks so we have to force the pace until we feel we are on an assembly line, but they must also show us a total lack of respect? And, after that, they still expect their employees to be loyal, enthusiastic and performing? The union is no better because, when we complain, they just do nothing (they are masters of collusion). It is inconceivable, unacceptable, completely outrageous!

I don’t understand how this could be completely normal to other people. I really must be from another world… 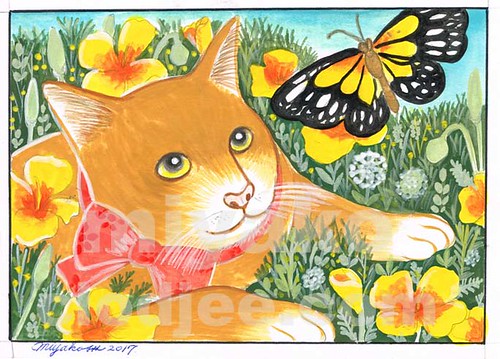 Another month (or so) has passed at lightning speed. Lots of stuff to do, particularly now that spring has come. We had plenty of rain at first, however now the weather is more enjoyable but still a little chilly. The humidity has made my left knee (and a bit my right ankle) hurt and, for a week, my back pain came back with a vengeance — libraries can be hard work sometimes (and not only for the soul; although it can be amusing too). I also had an episode of high blood glucose and I feared I would become a full-blown diabetic but it returned to my pre-diabetic “normal” after a week. This is no work for old men…

It has been a busy month. We’ve visited the notary twice for mom’s succession paperwork and there was plenty of work around the house particularly for the garden cleaning. I also had to deal with many unexpected problems: some strange Bell bug kept me from my blog for a week and I had some leaky roof, front door handle and water heater issues (the latter two just this weekend). Installing two more Outdoor Nest Cams (as one of my cheap IP cameras died following water damage inside the window) has been a strain on the Bell Wi-Fi causing serious performance problems. I’ll probably solve this issue by going back to Videotron, but only for the internet (I’ll share my sister’s).

A question on FB made me look back at my collection of old books and share my love for them. I also purchased a new Telephoto Mirror Lens for my camera. My TV viewing habits didn’t change much. I still watch too much TV: the new season for old series (When calls the Heart, Into the Badlands, Doctor Who) but two series are particularly worth mentioning for their quality: Anne and The Expense (and its beautiful opening credits with Norwegian vocals — listen on Soundcloud and Youtube). I also wanted to go see Ghost in the Shell in theatre but the reviews were not too good so I decided to wait. However, I’ll definitely won’t miss the Valerian‘s movie when it is released!

I have always considered blogging (and writing in general) as an essential mental exercice (as much as my daily walks) to keep in shape, the mind sharp and age better. However, now I have some doubt. It sometimes feels like a strain since I have less and less time to do it. I have to split my waking hours between my wife-together time, my me-time and work (from which I always come back exhausted). Lately, I had lots of problems with the blog (the Dropbox issue, not being able to log in for an entire week) and it leaves me with the dilema of having to choose between fixing the layout on the old posts or writing new material (or try to do both and be unhappy with the result). I just wonders if it is really worth it.

Maybe I should try less to DO something and just take more time to enjoy life right now (going to movies, to the museums, to the botanical garden, READ more, etc.) without always thinking about sharing it, what I would say about it, which angle I could use to explain the subject better or tell an interesting story about the whole experience. My health won’t improve with the years and I am quite sure that there is less road in front of me than behind, so maybe I should just take the most of it and enjoy the moment. Who’s reading me anyway. Although, I often say that I am writing for myself, so I can read what I wrote one day and remember how it was (particularly when I would not remember it at all). It is just like a journal left adrift in the binary stream of time, to create some sort of posterity.

Both ways seem kind of selfish: if I do write I feel guilty of not doing more of my life and, if I don’t, I feel I am letting myself down. Either way it is a losing battle. •Sigh* It’s the age-old depressing philosophical question: Did I ever really lived and did it really matter? I can only press on and hope for the best.

Finally, I nevertheless managed to stay acquainted with the (ever so depressing) affairs of the world and gathered a few notable news & links — which I share with you (in both french or english, and roughly divided into a few thematics), after the jump.

END_OF_DOCUMENT_TOKEN_TO_BE_REPLACED 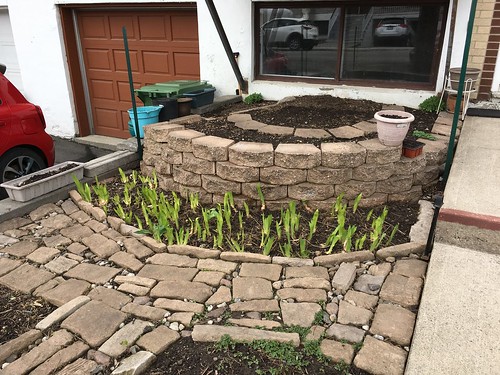 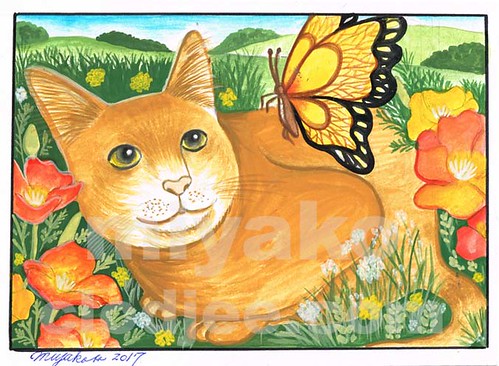 I swear  someone asked me this exact question at the library yesterday :

When I first read this (now defunct) Unshelved comic strip several years ago, I dreamt to answer exactly like Dewey did if I ever found myself in this situation. Unfortunately, such sarcasm would be considered very poor customer service so I abstained. After a long pause, I smiled (actually, I barely resisted laughing out loud) and I referred  the customer to the reference librarian. Always do like the t-shirt says: “Keep calm and let the librarian handle it” !

It reminds me of this situation, years ago, when I was trying to make a library card for a guy who didn’t want to give his personal information because he was an anarchist and he didn’t want the big-brotherly government to know anything about him. Incredulous, I said to the guy: “Wait a minute. You say you are an anarchist, but you want to benefit from all the free library services? Don’t you think it’s a little hypocritical?” He seemed unfazed but, since he refused to provide any of the required information, I couldn’t register him to the library. I found such audacity unbelievable. We really see the strangest stuff in a library… 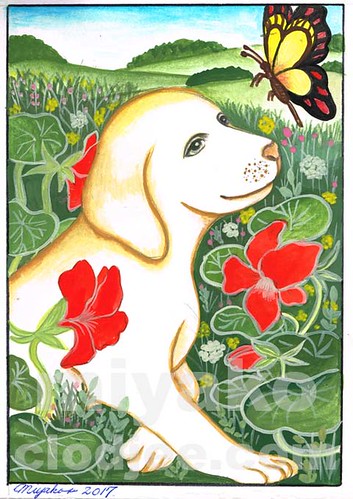 I love old stuff, particularly coins and books. Unfortunately, I don’t have the enthusiasm of youth, the time to travel nor the money to collect them anymore. Old stuff is now rare, harder to find and, mostly, more expensive. So I have to make do with enjoying what I already have (and sometime sharing this pleasure with others).

Unlike some of my friends, I don’t have really rare stuff (one has a page from a Book of Hours or another has a 1661 french edition of Suetonius!) but I have just a little more than a dozen ancient books that I cherish. Some because they are history books or works of an ancient author, others just because they are old (and despite the fact they are insipid religious documents).

Inspired by a question I was asked on Facebook, I invite you to share my joy after the jump >>
END_OF_DOCUMENT_TOKEN_TO_BE_REPLACED