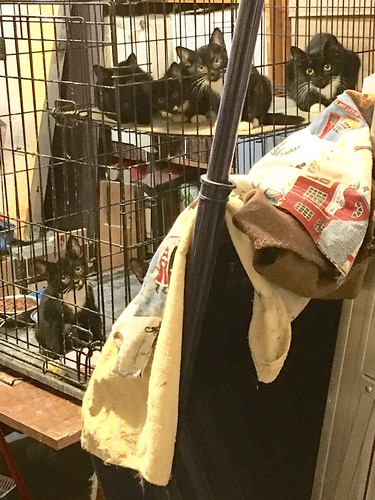 Since the first growth in April, fifteen weeks ago, the front garden has grown into a thick jungle where sunflowers and cosmos are now dominating (See previous report). 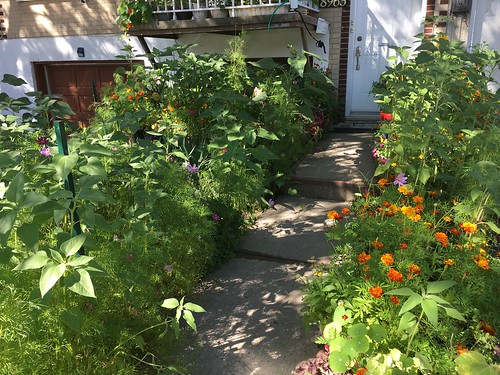 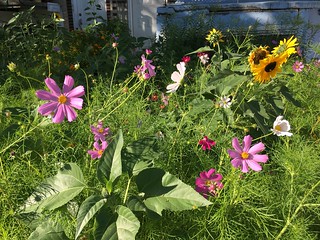 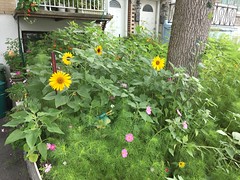 Now that the parc is electrified, the signalisation is backlit at night and the lamp posts are working keeping the path well lit. It’s actually quite beautiful. Now, they just need to open the new section (See previous report) ! 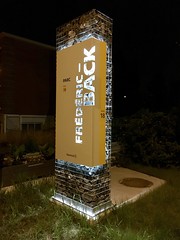 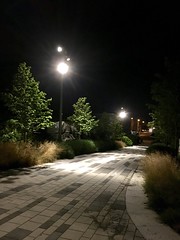 The kittens have seen a veterinarian for an examination and their first shots. They will be taken in charge by a shelter in a week. The two mothers are still waiting to be neutered (they are on a waiting list) but it is taking a long time. They’ve already been in a cage for too long. I hope we’ll be able to release them soon… (See previous report)

Update (2017-08-01): After pleading the urgency of the situation, the Mittens’ Targeted Permanent Sterilization Clinic of the SPCA contacted us yesterday, and the two mothers have been sterilized today. We will let them recover for a few days and then release them in our backyard.

Update (2017-08-07): After a week, we have released the two mothers. They have bolted out of the cage and, four hours later, they are still nowhere to be seen. Hopefully, they’ll keep hanging around our backyard… Also, still no news from the shelter that is supposed to take custody of the kittens sometimes this week. Hopefully everything will go well on that side too. 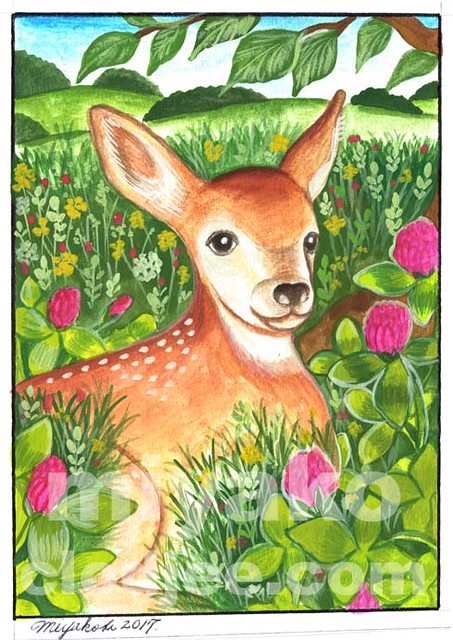 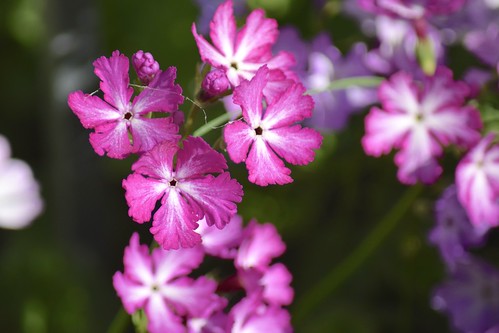 Valerian and the City of a Thousand Planets

The latest Luc Besson’s movie (The Professional, Fifth Element, Lucy) is based on the comic series Valérian and Laureline by writer Pierre Christin and artist Jean-Claude Mézières. That series is one of my favourite comics and it has a quintessential place in my heart as it is one of the series that made me discover science-fiction (in the comic magazine Pilote). The movie looks like a Fifth Element on speed and a darker Star Wars. It respects the spirit of the comic but doesn’t really FEEL like it. However, despite many criticism I’ve heard, I found the acting to be faithful enough to the original characters (at least as they were portrayed in the latest albums): a somewhat clumsy Valerian (however, I admit that, barring some occasional heroism, he is far from being an action hero in the comic) and an intelligent, kick-ass and beautiful Laureline! I am also sure that some dumbass will complain that the spaceship looks a little like the Millenium Falcon in Star Wars but, since the comic series was created ten years before Lucas’ franchise, I am sure it is the other way around.

Although the title might let us believe that it’s an adaptation of the Empire of a Thousand Planets, the movie’s story is, in fact, based on Ambassador of the Shadows (the sixth album: L’ambassadeur des ombres) and is relatively faithful to the original. However, in the movie, Central Point is rename Alpha and its origin story has unfortunately been changed to make it centred on Earth (it evolved from the Space Station) and the humans are kind of in control of the Council (this human-centred aspect goes against the spirit of the comic — although it reflects the imperialistic ambition of the humans in the comics). We find in the movie some of the critters from the original story like the shingouz (the three informants) or the transmuteur grognon de Bluxte (the converter) — but the role of the latter is quite different. And the biggest change of all: in the original story it is Laureline who conducts the investigation to save Valerian who was captured with the ambassador (and not the contrary as in the film). And of course the movie ending is more positive (for Earth) than in the comic but it is still a kind of love story between Valerian and Laureline. All in all, it is a nice adaptation of the original story.

My only complain is that the time-traveling aspect has been totally erased from the story — because, above all, Valerian & Laureline are spatio-temporal agents! That omission is rather annoying. But, since there will never be another Valerian comics (unless, of course, the authors feel the movie’s pressure), this adaptation is surely the next best thing (slightly above the animated tv series). The 3D effects are superb and provide quite an immersive experience. The story is good, the acting great and the movie offers excellent workmanship (although quite expensive). I can’t ask for more. All in all, despite the fact that the reviews are not that good (maybe people can’t appreciate french sci-fi?), I was entertained and enjoyed it thoroughly.

Fantastic Beast and where to find them

This movie is really fleshing out the Harry Potter universe and giving it a different perspective, this time from 1926 New York (the relations between wizards and no-majs [muggles] is completely different). It makes the Potter’s alternate universe much more interesting. The acting is good but it is especially the designs and the special effects for the beasts that are commendable — although by moments it looks a little too much like a bestiary (menagerie catalog). The period sets and costumes are really excellent. Over all it’s quite a good entertainment. I am looking forward for the next movie (after taking the effort of creating an all-new cast of characters for this spin-off, I guess it would be a shame not to make it at least a trilogy!). Strangely, the extras on the BluRay Disc are almost as long as the movie itself!

The movie is set in the same era than the TV mini-series Shogun (James Clavell‘s best-selling novel was inspired by the fascinating life of English navigator William Adams). While Shogun was mainly concentrating on the political reasons that brought Tokugawa Ieyasu to ban christianity and the Jesuits from Japan, Silence explores the religious reasons. The Japanese mind-set (buddhism, shinto) was said to be incompatible with the Church teachings which was often distorted by the local followers. Also, like in the 2nd century Roman Empire, a religion empowering the poor and disfranchised was seen as subversive. Finally, the shogunate was quite wary of the political interferences caused by the religious and economical rivalries between the European superpowers of the time (Spain, Portugal, England, Netherland). Japanese had no patience toward the European arrogance, although they would gladly use their knowledge (medicine, science, technology) when it was needed and trade with the Dutch — who didn’t care much about spreading their religion.

Along with The Last Temptation of Christ and Kundun, Silence is part of a trilogy of movies where Scorsese explores the struggle with faith, a subject that seems dear to him. Based on the novel by Sh?saku End? (which had already been adapted to the screen in 1971 by Masahiro Shinoda), the story is inspired by the life of Giuseppe Chiara, an Italian Jesuit who went to Japan during the Kakure (hidden) Kirishitan period in search for fellow priest Cristóvão Ferreira. In many aspect, Silence is similar to The Last Temptation as the main character wonder why the terrible suffering he witnesses is met only by God’s silence. He is also constantly pushed to renounce his faith by Japanese officials and then tempted by his tormentors to reveal he didn’t!

It is a quite beautiful movie on a very interesting and deep subject (although, personally, I find it hard to comprehend how people could endure this kind of hardship for such a silly belief) but it is a bit long, cerebral and offers several cruel scenes. Despite great acting, the movie received quite a lukewarm reception, not so much amongst the critics [see reviews from The Guardian, The Atlantic, The New Yorker] as from the public (the box office was abysmal). It’s understandable for a beautiful but difficult movie that was released against a though competition (the Martin Luther King holiday weekend also saw the release of Hidden Figures, La La Land and Rogue One: A Star Wars Story !!!). Despite all this, I liked it very much.

Even if I never played any of the World of Warcraft games, I liked this fantasy movie because somehow it felt familiar. The world is obviously well developed (i.e. numerous video games, novels and comics), the story is interesting, the acting is good enough and the special effects are excellent. When it comes to those so-called “blue-screen” movies (actually they’re green), where most of the scenes involves some sort of special effects, I am always afraid the story will be shallow, but it is not the case here. Despite the fact that there has been plenty of other high fantasy movies and TV series around recently (The Hobbit & Lord of the rings, Shannara Chronicles, etc.), this one offer something original enough to be interesting and entertaining. Of course, you still have humans, dwarves, elves and, most importantly, orcs, but the mix doesn’t feel stale. It is interesting to note that Warcraft was directed by Duncan Jones (Moon, Source Code), the son of David Bowie.

Although the ending clearly leave the way for a sequel, none has been produced or announced so far (after a year). The movie did quite well at the box office (nearly three time its budgets) but probably not as much as expected or at least not enough to entice the producers to green-light a sequel. And to me that’s probably the most disappointing aspect of this movie. However, SOMEONE was obviously disappointed by the movie (the game fans? the muggles?) because the critics were not very good (seriously? 28% on Rotten Tomatoes!). Well, it was good enough for me.

After seeing Paolo Sorrentino’s The Great Beauty, Youth and his TV series The Young Pope, we were curious about his only major film that we hadn’t watch yet. It doesn’t have the depth and beauty of the other movies, but the story is interesting from an historical point of view. I vaguely remember earring in the news about events like the Aldo Moro’s kidnapping and murder in 1978, but don’t know much about the Italian political scene. So, I learned a lot with this movie. It is a biographical drama about Italian seven-time prime minister Giulio Andreotti who allegedly had ties with the mafia — most of his opponents or critics were murdered — but nothing was ever proven in court. It is set between his seventh election in 1992 and his failed bid for presidency and trial in 1995. Like most European movies, it has a slow pace and long scenes so north American viewers can be easily bored (although there’s a lot of violence). But for me it was worth seeing. 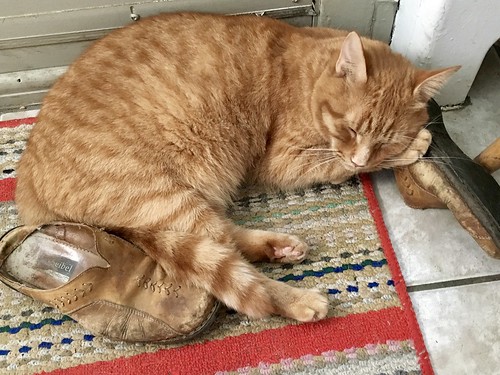 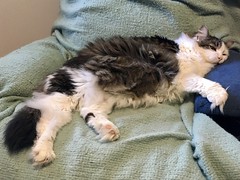 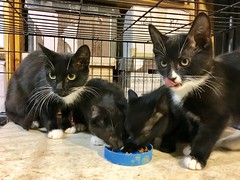 Kittens are still in cage but are not forgotten. There’s a potential adoption on the horizon… we hope it’ll all go well !