A nice day to relax in the park 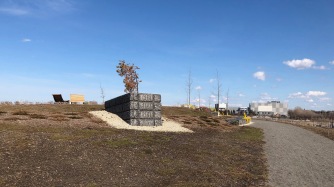 still no plaque to identify the artwork

still a “nice” point of view

beautiful day in the park

Just to recapitulate: in the last month, I’ve been locked out of my blog a couple of times (it seems to have been a browser issue but a computer reboot solved the problem), fluctuation in the electricity made the lights flickers like all hell was breaking loose (called Hydro Q and so far it has stopped), the WiFi keeps being weak and spotty (it just Bell; I tried just about everything [like extenders and Bell’s pods] without success) and sometimes just stops completely (until I reset the marvellous Bell Home Hub 3000), my computer became slow and unresponsive until the hard drive completely died (I had the HD changed but nevertheless bought a MacBook Pro to replace my aging iMac), the toaster-oven caught in fire (had to replace it) and my absurd and insane work place is making me nuts (but I’m dealing better with it)!

As a result I’ve spent the last three week-ends trying to solve problems and not at all relaxing (like sleeping, writing or watching TV). I don’t sleep well, I have various digestion’s problems, it hurts all over (my back, my knee, my ankle — as well as in unmentionable places — as the stress piles up). I am exhausted, fed up, at my wits’ end…

I need to rest!

Hopefully an extra day off spent doing a little writing, TV watching and tending of the yard will do the trick.

Happy Fish Day and Holy Rabbit to all! 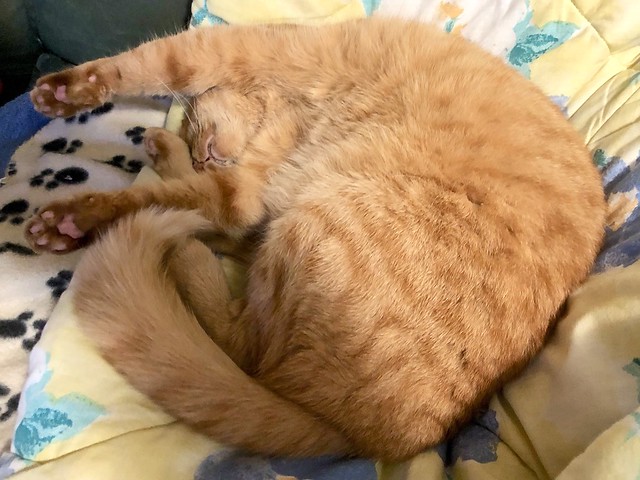 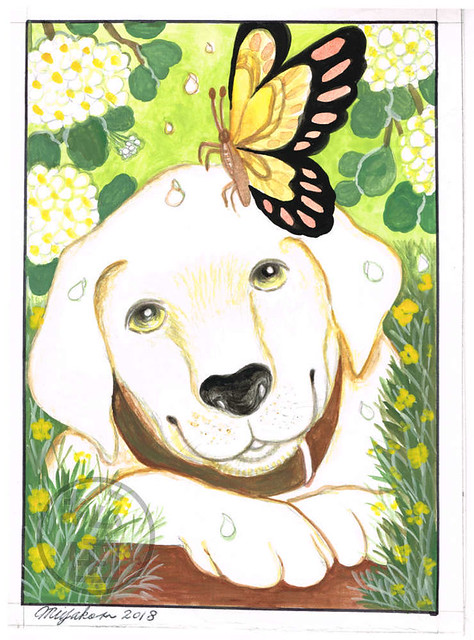 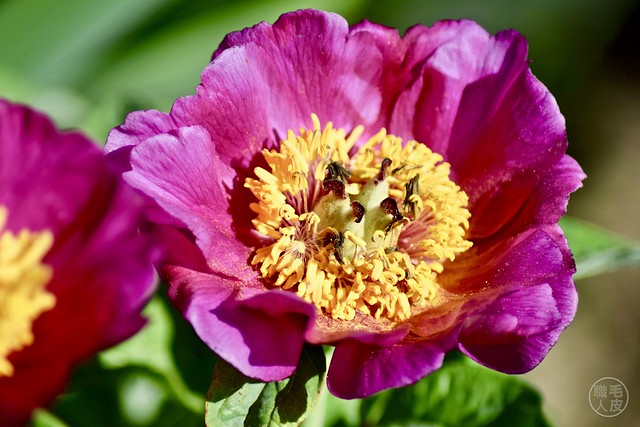 Soon parks and gardens will awaken
From their  hivernal slumber
And there’ll be bees and flowers !

I took a walk around the neighbourhood this afternoon to see how spring is affecting the parks and gardens. I was pleased. 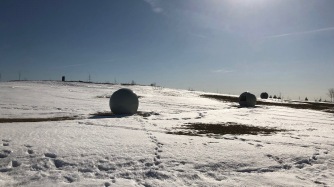 empty seats waiting for the flowers 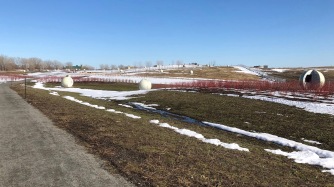 Snow melted in the front

Not so much in the back

But life is coming back nevertheless

In the last five weeks, nothing much happened on the domestic front. The weather slightly improved each weeks (now it’s mostly above zero, although the east coast kept being hit by one  nor’easter after another!) and the sun feels much better (warmer) since we switched to daylight saving time as it sets much later now. The snow is melting. The job is as tiring and frustrating (absurd) as ever, but I think I am dealing better with it. Zen and all (trying not to give a f*ck).

I got my DNA testing results from 23&me and it is rather disappointing. I am genetically boring: one hundred per cent europeans and no variants detected for major health issues (save a higher risk for macular degeneration and celiac disease). The physical traits reports are hits and misses. I still have to read everything in details, but I feels it is more amusing than really useful.

I didn’t write much (although I did a few good comments on What the Health, An inconvenient sequel, Le chat du rabbin 7, Reine d’Égypte vol. 1 and vol. 2-3, on Kim Thuy’s conference and her book Ru) because I have been constantly busy trying to solve multiple problems. I have the feeling that nothing works properly anymore! Everything seems buggy: the WiFi, the blog, the computer (at home and at work), and even the electricity (causing the lights to flickers almost constantly, turning off and on the TV or the computer)! Is the world starting to slowly brake down all over? The entropy! The entropy! Seriously, if all this is a simulation (or a dream) slowly shutting down, maybe a reboot would wake me up? Or maybe not. But this constant fighting to maintain the cohesion of the universe is getting tiresome (if not unbearable, yet).

I called Hydro Q and the flicker stopped (for now). Tried to install network extenders but Bell’s wifi is till shitty (neither Apple Airport or Netgear worked; should I try another brand? More pods? To be continued…). The computer finally died (there was a problem with File Vault being on but the main problem was the hard drive after all) and is now at the repair shop. My desk feels empty and working in the salon on a combination of Mac-mini (which I normally use as a media center) and iPad, is rather uncomfortable. I am planing to purchase a Macbook soon… But I wasted so much time doing all this… it is frustrating.

In the news, the world doesn’t seems in a much better shape. More Trump-related scandals (Cambridge Analytica, Stormy Daniels, he fires Tillerson and McMaster, tease trade war and impose tariffs on steel & aluminum — mostly for China, proposed talks with North Korea, etc.), more school shooting this time at Marjory Stoneman Douglas High in Parkland (Florida), serial bombing in Texas, another democrats’ victory in Pennsylvania slowly tips the scale, emboldened Russians assassinated a couple of former spies in Britain (one with a nerve agent!), Steven Hawking died, etc. The good news is that the students from Parkland are old enough to become activists (#NeverAgain) and, for some, to vote in the mid-term election in November! An end to this nightmare really seems possible…

Anyway, as usual, I managed to stay a little acquainted with the affairs of the world and gathered many notable news & links — which I now share with you (in both french or english, slightly categorized, but in no particular order — note that, to save on coding time, the links will NOT open in a new window as usual), after the jump. 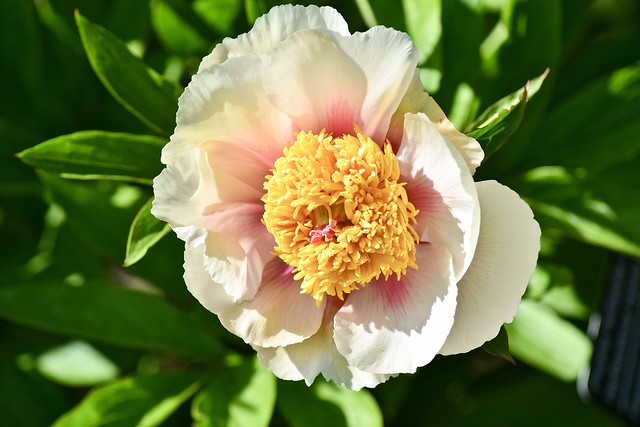 The lights keeps flickering… The WiFi is often spotty and unreliable… And now my iMac is a zombie! Isn’t there anything working properly anymore ?!!

Ever since the last major OS update, the iMac started freezing now and then. Actually : almost every hour! So, I was suspecting a problem with Time Machine (it was freezing just as TM was about to start an incremental backup). I turned TM off, which didn’t totally solved the problem but considerably reduced its frequency.

Then, yesterday night, out of the blue, the iMac started to freeze again every few minutes. It slowed down to a slow pace and all applications refused to start and giving a “this application is not responding” instead (well, Safari was painstakingly loading).

I unplugged all peripherals and restarted several times with no change. Finally, I decided to restart in Safe Mode and ran a few diagnostics, repaired the drive, checked for virus with Norton Security, but everything seemed normal save that the problem was PERSISTING even in Safe Mode !

Therefore, could it means that’s an hardware problem rather than software? Maybe the last update didn’t play well with the Fusion Drive, like I’ve heard on some board?

Until I fix this (or replace my iMac with something new — not better, you can’t get that these days), I am stuck working on my even older Mac Mini (Mid 2010) or on my iPad ! I guess I know now where this year’s tax return will go…